The recession is hitting rappers hard.  No more stackin’ bank for these mofos.  Sales of gold and diamond “grillz” are down 60%.  Some hip hop artists are resorting to fake gold and cubic zirconia in their bling and their grillz, yo.  That ain’t dope.  That ghetto.

“A lot of these rappers simply don’t have the money for real stuff anymore.”
“It’s to the point where they are wearing imitation jewelry, and that’s ridiculous.”
“People think these big pieces are blindin’ but they be like D-quality diamonds, and when you try and sell them you learn they ain’t worth a thing.”
“If you admit you wear fake jewelry, it is over for you. It’s like bragging you drive a Lamborghini when you really drive a Toyota.”

“Times are hard, ain’t nobody rocking it like that anymore,” says rapper and record executive Bryan “Birdman” Williams.

…actually Mr. Williams, you’ve employed a what is called “double negative.”  What you stated means that they are in fact “rocking it like that.”

The vultures opportunists are circling

Now places are popping up like SellYourGoldTeeth.com, where rappers can exchange their bling for cash.  I’m sure it is pennies on the dollar…. Pardon me, “dolla” yo. 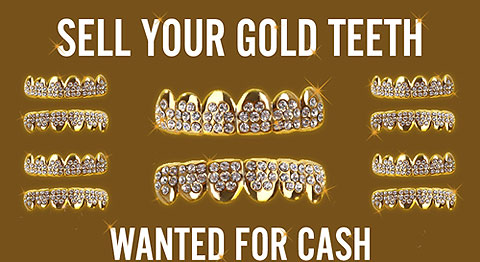 Perhaps it is time for President Obama to step in?  It is time for the government to bail out and socialize the hip-hop industry.  Hip-hop is just too big for us to allow it to fail.

More fun reading about is in the WALL STREET JOURNAL