So at the last gig I was excited to try out my new copper DW snare drum. It wasn’t cheap but it was supposed to sound awesome. I chose it not only for it’s sound, but because the drum sales guy told me this would be a “durable drum which would last years of heavy gigging, even as hard as I play.”

I guess he was wrong because 30 seconds into the first song with this drum the f’ing throw off threw off. I thought I’d just whacked the throw off arm so I turned it back on. With each snare hit the throw off arm would go about 1/3 of the way off. So after 3 hits the damn thing would turn into a timbale, no snares… 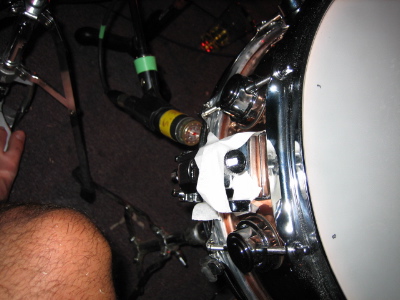 Nice. I replaced a 35 year old Ludwig that worked perfectly at my gigs for two decades for a 2006 DW that lasted 30 seconds before it failed. I had to find some damn masking tape to tape the frigging throw off arm in the up position to finish the gig.

I’ve since had last year’s model throw off put on this thing so we’ll see if that can break the record and last, oh say ONE song?