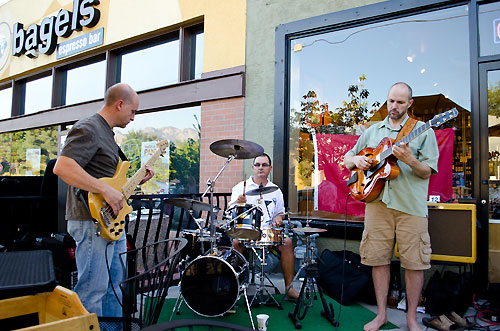 Pleasant summer evening jazz gig on the patio at Caputos.