The gig a couple of nights ago in this new club was a bust. The club itself was decent. There was a decent PA, the bartender/manager was an old pal. But being a last minute gig, nobody knew we were there. Looks like the band may get to open for English Beat later this month which would be cool. 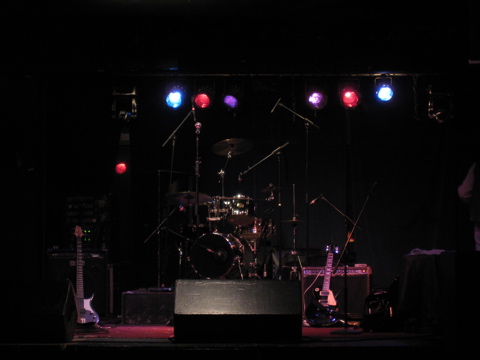 1. There were more people in the green room than in the audience.
2. There were more mics on my drum kit than people in the audience.
3. I think the club actually lost money on liquor, since there was more free beer consumed in the green room than the club sold.
4. “Zero” is the number of gigs the soundman had done before this one.
5. “45” is the number of minutes it took said soundman to get the PA working for a 3 piece band (followed by our singer’s comment: “can we start playing this week sometime?”

I won’t mind playing there again, provided there’s a crowd.